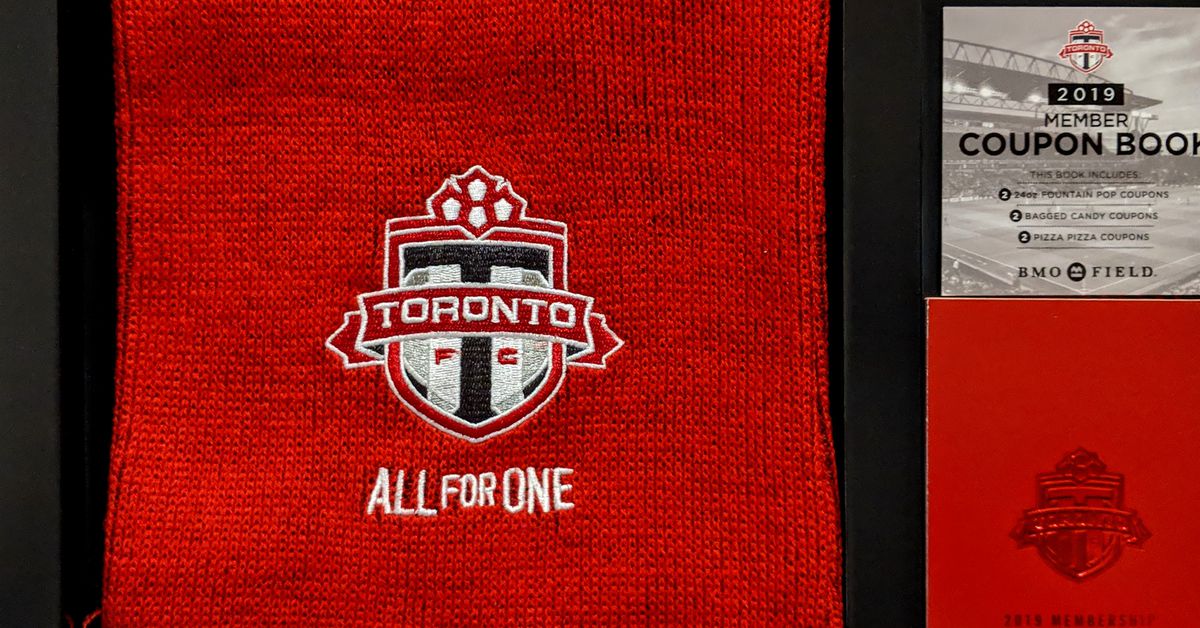 UPDATE: After asking about the missing star (now silver), we were provided with the following explanation.

“[The star] is featured on our jersey and part of the product line that we will be selling this year. We chose not to put one on the scarf while we searched for a golden one. “

After an end without qualifying until 2018; a dramatic off-season; and a short, disappointing CCL run, Toronto FC gave fans, mostly members, something new to discuss – and to be objectively disappointed with – ahead of the start of the season: season ticket packages for the 2019 season. .

With previous releases generally calling for excitement and wonder, especially when it comes to the annual scarf designs and (of course) the star that would shine on items in the 2018 delivery, the expedition this year, or the lack of it, has many fans even more frustrated – and The TFC has yet to play a home game in MLS.

On March 5, members were informed that what was presumably some package contents had not even been delivered to the country yet. Spot the jokes and rumors about the need to reprint tickets after Seba / Vasquez.

Members: Due to interruptions in continental delivery, delivery of membership packages has been delayed. The first batch of packages will start arriving on Monday March 11. Once your package is on the way, you will receive an email from the Club with your tracking number.

Once FedEx notifications started to arrive, some were happy to have received their packages almost immediately while others noted that their delivery dates changed often, even on dates long after the house opened.

For those who are still waiting, here is what to expect. Spoiler alert!

In this red sliding box, with a shiny badge (albeit without a star), you immediately see your red 2019 Membership Booklet (Ticket), 2019 Member Coupon Booklet and a one-page graphic, with an introduction to the symbolism of the scarf, at the top of the actual scarf (also visibly starless).

Our 2019 Membership Scarf – Designed with you in mind. Together, we raise them high. Together, we let them know who owns this house. This season, we’re showing them the power of red. Place your hand here to prove it. All for one.

We will keep the rest of the scarf design as a surprise.

Below, an advertising card on the rental of premium suites and a 2019 membership guide.

In the guide, members are given another text speech, this one on the symbolism of red, a letter from General Manager Ali Curtis, a reminder of member benefits and BMO Field policies, a list of rituals (tickets, scarves , steps), contact information, Canadian Championship information and even a 2-page text of our oldest chants (jumping instructions included).

Oh, and the only player to appear graphically on a ticket? Danny Dichio.